Sebastian Errazuriz (1977) Chilean born, New York based artist and designer was raised in London, obtained a design degree in Santiago and a Master’s in Fine Arts from New York University.

A prodigious and obsessive workaholic, Sebastian became, at the age of 28, the second living South American artist to have work auctioned at Sotheby’s Important Twentieth Century Design year of sale. In 2007 Errazuriz was selected one of the top emerging international designers by I.D. Magazine. In 2010 he received the title of Chilean Designer of the Year. In 2011 he was selected for the Compasso d’ Oro and at the end of that year his work was the talk of Design Miami Basel.

Sebastian Errazuriz’s work has been exhibited alongside the most celebrated architects and designers in over forty international exhibitions. His work has been included in exhibitions and collections at the Palm Springs Art Museum, Copper Hewitt, National Museum of Design in New York, Peabody Essex Museum in Salem, Kiasma Museum of Contemporary Art in Helsinki, The Vitra Museum in Weil AM Rheim Germany, The Museum of Art and Design in New York, The Bellevue Arts Museum in Washington, The Mint Museum in Charlotte, The Corning Museum of Glass in Corning, NY, the National Museum of Fine Arts in Santiago, Albuquerque Museum in Albuquerque, Museo Amparo in Puebla in Mexico and Peabody Essex Museum in Salem. “Look Again” was his first solo museum exhibition in 2014 at the Carnegie Museum of Art.

Sebastian’s work has been featured in multiple magazine covers and portrayed in thousands press articles by the specialized art and design media. He has also received critical acclaim from The New York Times, The Financial Times and The Wall Street Journal, Art+Auction. In addition, his work has been featured in mainstream TV in BBC, CNN, ABC, and NY1. Multiple books and catalogues feature his projects and his first monograph The Journey of Sebastian Errazuriz was published and distributed internationally by Gestalten in 2012.

© 2018. All images are copyrighted © by Sebastian Errazuriz. The use of any image from this site is prohibited unless prior written permission from the artist is obtained. 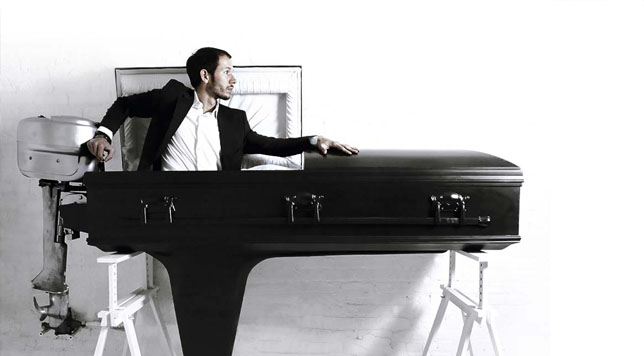