Artist of the day, November 30: Cinta Vidal, a Spanish muralist and illustrator (#852)

Cinta Vidal  (1982) is a Barcelona-based muralist and illustrator that makes artworks that defy gravity and structural conventions with encapsulated scenes of intersecting perspectives. Usually painted with acrylic on wood panels, Vidal’s works are often called un-gravity constructions and they have a way of making the viewer both intrigued and frightened by what’s placed in front of them. The author herself explains that each piece she authors examines how a person’s internal perspective of life may not always match up with the reality around them. Besides these kinds of paintings, Vidal also works on massive scale backdrops for operas, giant pieces made with a large, broomstick-sized brush.

Cinta Vidal has been drawing since she was a kid – she studied at Escola Massana in Barcelona and when she was around the age of 16, she started working as an apprentice in Taller de Escenografia Castells Planas in St. Agnès de Malanyanes (Castells Planas Scenography Atelier). There, she learned to love scenography and the backdrop trade, influenced by her mentors, Josep and Jordi Castells. After her artistic vocabulary was developed, Vidal has been busy creating complex acrylic paintings on wood panels that reflect how our outer realities frequently do not reflect our inner natures. Manipulating everyday objects and spaces placed in impossible forms, Vidal wants to show us that the inner dimension of each one of us does not match the mental structures within us regardless of how much we try to synchronize our emotions with our surroundings. When observed from a traditional perspective, these kinds of concepts might be logically better investigated with abstraction, but Cinta Vidal stayed true to figuration for the entirety of her career. This artist’s creative ideas want to show us just how hard balancing and fitting everything that shapes our daily space is, everything from our relationships to our professions, from our ambitions to our dreams.

© 2019. All content on this blog is protected by international copyright laws All images are copyrighted © by Cinta Vidal. Apart from fair dealing for the purpose of private study, research, criticism or review as permitted under the Copyright Act, the use of any image from this site is prohibited unless prior written permission is obtained. All images used for illustrative purposes only 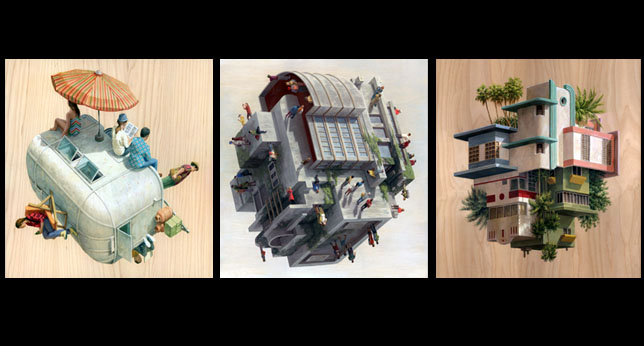 Marianne Brandt (1893 – 1983), German painter, sculptor, photographer and designer who studied at the Bauhaus art school in Weimar and later became head of the Bauhaus Metall-Werkstatt (Metal Workshop) in Dessau in 1927. Today, Brandt's designs for household objects such as lamps, ashtrays, and teapots are considered timeless examples of modern industrial design. She is also created of photomontages.

In 1919 Marianne Brandt married the Norwegian painter Erik Brandt, with whom she traveled in Norway and France. She trained as a painter before joining the Weimar Bauhaus in 1924 to study metalworking. There she became a student of Hungarian modernist theorist and designer László Moholy-Nagy in the metal workshop. She quickly rose to the position of workshop assistant and succeeded Moholy as the workshop's acting director in 1928, serving in the post for one year and negotiating some of the most important Bauhaus contracts for collaborations with industry. These contracts for the production of lights and other metal workshop designs were a rare example of one of the workshops helping to fund the school. After leaving the Bauhaus for Berlin in 1929, Brandt worked for Walter Gropius in his Berlin studio.

Early in 1933, at the beginning of the Nazi period in Germany, Brandt first attempted to find work outside of the country, but family responsibilities called her back to Chemnitz. She was unable to find steady employment throughout the Nazi period. In 1939 she became a member of the "Reichskulturkammer," the Nazi regime's official artists' organization, in order to obtain art supplies, which would otherwise have been forbidden to her. However, Brandt was never a member of the Nazi Party.

Marianne Brandt studied painting and sculpture at the Weimar Saxon Grand Ducal Art School from 1911 to 1917. She then went on the study and teach at the Bauhaus in Weimar and Dessau from 1923 to 1928. Between her time at art school and her job at Bauhaus, Brandt worked as a freelance artist. She studied painting with the artists Fritz Mackensen and Robert Weise before studying sculpture with Robert Engelmann. In 1920 she took a one-year study tour with visits to Paris and the south of France. She also took courses taught by Paul Klee and Wassily Kandinsky.  In 1929 Brandt was employed in Walter Gropius's architectural office in Berlin. From 1930 to 1933 Brandt worked at the Ruppel Metal Goods factory in Gotha, Germany. From 1949 to 1951 Brandt was a lecturer at the Dresden Academy of Fine Art in the wood metal and ceramics department and from 1951 to 1954 she worked at the Academy of Applied Art in Berlin. German metalworker and designer; studied and worked at the Bauhaus in the 1920s.

During the early 1900s, women were not seen working in painting, carving, architecture, or metalworking. These professions were often looked at as male-dominated professions. Brandt overlooked this stereotype and continued painting, sculpting and metalwork. Though Bauhaus welcomed “any person of good repute, without regard to age or sex”, there was still a strong gender bias. László Moholy-Nagy was impressed by Brandt’s commitment and work, he opened a spot for her in the Bauhaus metal workshop. She became the first woman to attend the metalworking studio. During her time as a student, she produced successful works of art. It was later admitted to Brandt that the instructors believed there was no place in the metal workshop for women. The instructors felt displeasure having her there and purposely gave the women dull, dreary work to do. Her designs became so successful, that she replaced László Moholy-Nagy as the studio director in 1928. Marianne's successes allowed her to rise to the top of her profession despite those against her. She helped establish sexual equality in the workplace and for that, she will forever be associated with the ‘Bauhaus.

Beginning in 1926, Brandt also produced a body of photomontage work, though all but a few were not publicly known until the 1970s after she had abandoned the Bauhaus style and was living in Communist East Germany. The photomontages came to public attention after Bauhaus historian Eckhard Neumann solicited the early experiments, stimulated by a resurgent interest in a modernist experiment in the West. These photomontages often focus on the complex situation of women in the interwar period, a time when they enjoyed new freedoms in work, fashion, and sexuality, yet frequently experienced traditional prejudices.

In 1926, Brandt moved with the Bauhaus to Dessau and a year later took charge of lighting design with the metal workshop, before becoming its director from 1928 to 1929. Much of Brandt’s energy was directed into her lighting designs, including collaborations with a small number of Bauhaus colleagues and students. One of her early projects was the ME78B hanging lamp (1926). This elegant pendant light made of aluminum featured a simple saucer shade combined with an innovative pulley system and counter-weight, which allowed the height of the lamp to be adjusted with ease; the pendant was used in multiple locations in the Dessau campus, including the metal, weaving and architecture department, as well as the dining room of Gropius’s own house.

During the 1930s and 1940s, Brandt lived in near isolation, despite having many opportunities available to her after her time at Bauhaus. She had just finished showing five photographs at an exhibition put on by Werkbund. The section her work was shown in was curated by her old boss Moholy-Nagy. After traveling from job to job and project to project, Brandt lived in her hometown of Chemnitz for sixteen years and did not have any official position. She still produced work, but it was not for a specific purpose or commission. She began to paint, in both watercolor and tempera. These materials were cheaper and the pieces could be completed more quickly. The paintings are sometimes melancholy and depressing, but this is not surprising considering their timing during her unemployment and the Nazi period.

© 2019. All content on this blog is protected by international copyright laws All images are copyrighted © by Marianne Brandt or assignee. Apart from fair dealing for the purpose of private study, research, criticism or review as permitted under the Copyright Act, the use of any image from this site is prohibited unless prior written permission is obtained. All images used for illustrative purposes only 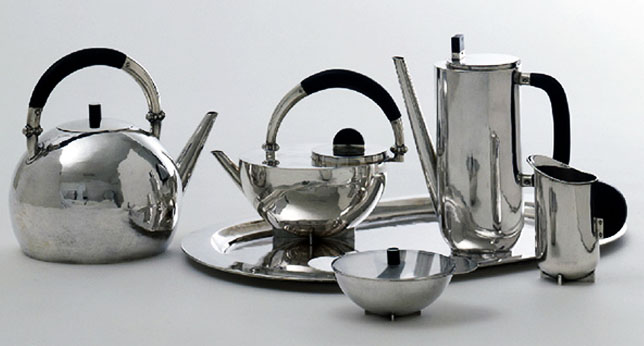