Artist of the Day, May 14, 2021: Njideka Akunyili Crosby, a Nigerian-born visual artist, Collage, painting, and photography (#1283)

Njideka Akunyili Crosby (1983) is a Nigerian-born visual artist working in Los Angeles, California. Akunyili Crosby's art "negotiates the cultural terrain between her adopted home in America and her native Nigeria, creating collage and photo transfer-based paintings that expose the challenges of occupying these two worlds". In 2017, Akunyili Crosby was awarded the prestigious Genius Grant from the John D. and Catherine T. MacArthur Foundation.

Njideka Akunyili was born in 1983 and raised in Enugu, Nigeria. She is of Igbo descent. One of six siblings, Akunyili Crosby's father was a surgeon and her mother, Dora Akunyili, was a professor of pharmacology at the University of Nigeria, and the director of the National Agency for Food and Drug Administration. Njideka moved to Lagos when she was ten years old to attend the secondary school Queen's College (QC) Yaba, Lagos. Her mother won the U.S. green card lottery for the family enabling Akunyili Crosby and her siblings to study abroad.

In 1999, at the age of 16, she left home with her sister, Ijeoma, and moved to the United States. She spent a gap year studying for her SAT's and taking American history classes before returning to Nigeria to serve a year of National Service. After she completed her service, she returned to the United States to study in Philadelphia. She took her first oil painting class at the Community College of Philadelphia where her teacher Jeff Reed encouraged her to apply to Swarthmore College. She graduated Swarthmore College in 2004, where she studied art and biology as a Mellon Mays Undergraduate Fellow. She was at first getting pre-medical requirements to pursue a career in medicine before deciding to pursue art. She didn't pursue art until her senior year at Swarthmore after realizing she enjoyed her art classes more than her Organic Chemistry and Advanced Biology classes. She felt the urgency to tell her experience as a Nigerian in the diaspora through her art.

After graduating from Yale in 2011, Akunyili Crosby was selected as artist-in-residence at the highly regarded Studio Museum in Harlem, known for promoting and supporting emerging African artists. During this residency she met her mentor, New-York based artist, Wangechi Mutu. She spent her year of residence experimenting with drawing, figure painting, studying contemporary art, postcolonial history and diasporic studies.

In 2016, Akunyili Crosby was named Financial Times Woman of the Year. That same year, a solo exhibition of Akunyili Crosby's work was held at the Norton Museum of Art in West Palm Beach, Florida.

In 2018, Akunyili Crosby designed the mural that wrapped the Museum of Contemporary Art, Grand Avenue, Los Angeles. The mural features her signature style of combining painting with collage, printmaking, and drawing to create intricate, layered scenes. She was the second artist to create a mural for the site under a new initiative by the museum.

By 2016, demand for Akunyili Crosby’s work, which she produces slowly, far outweighed supply, prompting her prices to soar at auction. She became one of the artists featured in Nathaniel Kahn's 2018 documentary The Price of Everything where she discusses her career and attitude to her art market. It culminated with her painting Drown being sold at Sotheby's contemporary art auction in November 2016 for $900,000. Her first painting to come to market was Untitled which sold for $93,000 in September 2016 at Sotheby's New York.

In May 2018, Akunyili Crosby set a new auction record with the sale of her painting Bush Babies for nearly $3.4 million at Sotheby's New York.

While attending Queen's College, Akunyili Crosby was exposed to more Nigerian, British, and American popular culture which contributed to the similarities between her work and the work of pop-culture artists. She draws on her personal experience as a Nigerian woman living in America in her work.This concept of integrating African intimacy with Western painting, was introduced to her through the work of Kerry James Marshall.

Artist Wangechi Mutu influenced her to use many images to create built another. Mutu uses images to speak to a fracture while Akunyili Crosby's approach focuses more on syncretism. She has incorporated photo transfers and fabrics to bring in different aspects such as hair styles, fashions, architecture, and furnishings from the two cultures Photo transferring reduces the visual sharpness of a photograph which Akunyili Crosby likes. To her, it seems symbolic of how information is lost as people move between cultural spaces.

She is influenced by writer Chinua Achebe whose focus on changing the English language to fit his culture is interpreted through Akunyili Crosby's artwork. Achebe said that when the English language is altered, it can be used to bear the burden of his African experience. In her work, Akunyili Crosby cracks English and uses it to create a transcultural, syncretic space.

Process
She uses photos she has taken herself in Nigeria along with family photos and pages from popular Nigerian magazines. The photos "are layers in her work by collage and acetone-transfer prints, creating a fabric of images throughout her paintings". Her primary mediums include collage, photo transfer, acrylic paint, charcoal, fabric, and colored pencil. Along with strong Nigerian influence, her style is also derived from pop culture, personal experience, and Western academia. While creating, she thinks of her dual audience: American and Nigerian. However, her work cannot be categorized as either American nor Nigerian, but rather the work is an autobiography based on her "character that doesn't fit into a box."

Women are in a position of power in most of her work. She believes a woman's agency is to not be questioned and she is an active participant. Akunyili Crosby also wanted to create images of interracial marriage that she had never seen growing up in Nigeria. Her husband is a white man from Texas, which she represents in some of her work.

© 2021. All content on this blog is protected by international copyright laws All images are copyrighted © by Njideka Akunyili Crosby. Apart from fair dealing for the purpose of private study, research, criticism or review as permitted under the Copyright Act, the use of any image from this site is prohibited unless prior written permission is obtained. All images used for illustrative purposes only 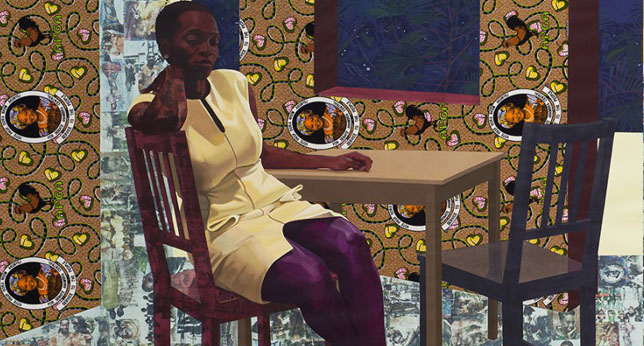 Cliff Lee (1951) was born in Vienna, Austria, where his father was stationed as ambassador. Lee began his education in Taiwan and moved to the United States in 1968 to attend Eastern Mennonite College, where he earned a degree in biology in 1971. He attended medical school in the 1970s at the Hershey Medical Center, Pennsylvania State College, specializing in neurosurgery. After starting work as a physician, and looking to reduce stress after long workdays, Lee enrolled in a ceramics class at James Madison University in Harrisonburg, Virginia. It was there that he found the two passions of his life: studio pottery and his future bride, Holly, a jewelry designer. Lee enrolled in the school’s ceramics master’s program and received his degree in 1976.

From the start, Lee and his wife have sold their own work. Their first gallery was in Arlington, Virginia, followed by the Georgetown section of Washington, DC. They currently live near Stevens, Pennsylvania, and sell work directly from their studio or at major craft shows such as the ACC Baltimore Show, the Philadelphia Museum of Art Craft Show, and the Smithsonian Craft Show. In 1993, President and Mrs. Clinton invited Lee to contribute to the White House Collection of American Crafts, an exhibition that toured the country. Lee’s work is now included in the permanent collections of several museums, including the Smithsonian American Art Museum’s Renwick Gallery; the Mint Museum of Craft + Design, Charlotte, NC; Yale University Art Gallery, New Haven, CT; and the Racine Art Museum, Wisconsin. He has received numerous awards at craft shows. His work has been exhibited around the world and featured in publications, including Craft in America: Celebrating Two Centuries of Artists and Objects (2007) and the subsequent television series.

© 2021. All content on this blog is protected by international copyright laws All images are copyrighted © by Cliff Lee. Apart from fair dealing for the purpose of private study, research, criticism or review as permitted under the Copyright Act, the use of any image from this site is prohibited unless prior written permission is obtained. All images used for illustrative purposes only 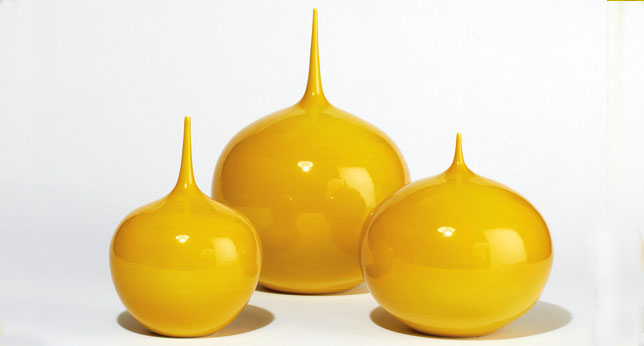