Zvonimir Lončarić, (1927 - 2004), was a Croatian sculptor and graphic artist. He graduated from the Academy of Applied Arts in Zagreb in 1956. Most often in wood and polyester he made a figural sculpture painted in vivid colors. Synthesizing the sculptural experiences of tradition and the language of contemporary art, he created an original work in which the elements of the fantastic and the surreal are imbued with specific humor. From 1958 he worked for Zagreb film as a cartoonist and set designer, he made four films independently. He is the author of several teaching so-called element-films and a vast graphic opus. He was engaged in ceramics and theatrical scenography, as well as the production of imaginative series of children's toys and mobile statues in public spaces.

© 2021. All content on this blog is protected by international copyright laws All images are copyrighted © by Zvonimir Lončarić or assignee. Apart from fair dealing for the purpose of private study, research, criticism or review as permitted under the Copyright Act, the use of any image from this site is prohibited unless prior written permission is obtained. All images used for illustrative purposes only 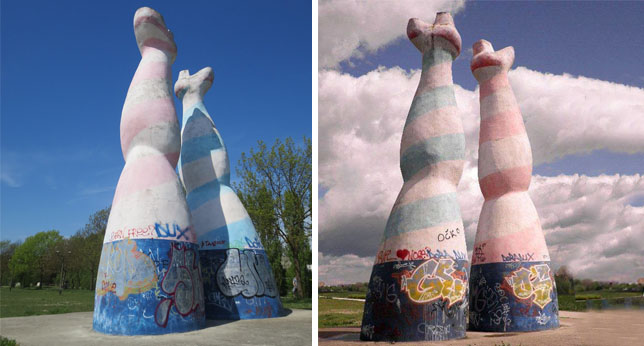 Norman Bel Geddes (1893 – 1958) was an American theatrical and industrial designer.

Bel Geddes was born Norman Melancton Geddes in Adrian, Michigan, and raised in New Philadelphia, Ohio. When he married Helen Belle Schneider in 1916, they combined their names to Bel Geddes. Their daughters were actress Barbara Bel Geddes and writer Joan Ulanov.

Bel Geddes began his career with set designs for Aline Barnsdall's Los Angeles Little Theater in the 1916–17 season, then in 1918 as the scene designer for the Metropolitan Opera in New York. He designed and directed various theatrical works, from Arabesque and The Five O'Clock Girl on Broadway to an ice show, It Happened on Ice, produced by Sonja Henie. He also created set designs for the film Feet of Clay (1924), directed by Cecil B. DeMille, designed costumes for Max Reinhardt, and created the sets for the Broadway production of Sidney Kingsley's Dead End (1935).

Bel Geddes opened an industrial-design studio in 1927, and designed a wide range of commercial products, from cocktail shakers to commemorative medallions to radio cabinets. His designs extended to unrealized futuristic concepts: a teardrop-shaped automobile, and an Art Deco House of Tomorrow. In 1929, he designed "Airliner Number 4," a 9-deck amphibian airliner that incorporated areas for deck-games, an orchestra, a gymnasium, a solarium, and two airplane hangars.

His book Horizons (1932) had a significant impact: "By popularizing streamlining when only a few engineers were considering its functional use, he made possible the design style of the thirties." He wrote forward-looking articles for popular American periodicals.

In the classic science fiction film of H. G. Wells' Things to Come (1936), he assisted production designer William Cameron Menzies on the look of the world of tomorrow.

Bel Geddes designed the General Motors Pavilion, known as Futurama, for the 1939 New York World's Fair. For that famous and enormously influential installation, Bel Geddes exploited his earlier work in the same vein: he had designed a "Metropolis City of 1960" in 1936.

The case for the Mark I computer was designed by Norman Bel Geddes. IBM's Thomas Watson presented it to Harvard. At the time, some saw it as a waste of resources, since computing power was in high demand during this part of World War II and those funds could have been used to build additional equipment.[citation needed]

Bel Geddes autobiography, Miracle in the Evening, was published posthumously in 1960.

Bel Geddes is a member of the American Theater Hall of Fame, a distinction he shares with his daughter, actress Barbara Bel Geddes. The United States Postal Service issued a postage stamp honoring Bel Geddes as a "Pioneer Of American Industrial Design".

© 2021. All content on this blog is protected by international copyright laws All images are copyrighted © by Norman Bel Geddes or assignee. Apart from fair dealing for the purpose of private study, research, criticism or review as permitted under the Copyright Act, the use of any image from this site is prohibited unless prior written permission is obtained. All images used for illustrative purposes only 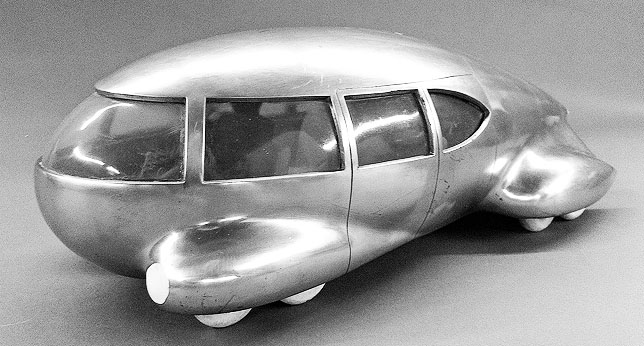