Hilde Angel Danielsen was born in Northern Norway. Hilde has earned her Masters at Bergen National Academy of the Arts (KHIB) Norway and has been Confirmed Education assistant professor level Visual Art by Bergen Academy of Art and Design, Norway.

Hilde constructs geometric shapes. She uses light, shadow, perceptual displacements and optical instruments. Several of her works represent cessation of tyranny by providing translucency in massive materials. Her work plays with paradox and impossibility.. Play and humor are important to her work. Working to surprise the viewer Hilde uses well-known techniques and materials in a field of excitement between arts, crafts and architecture.

Graduated from the Bergen Academy of the Arts, with a major in specialization in the artistic use of bricks as building modules for sculpture and or an integral part of architecture. Major subject exhibition 2004. Hilde has held countless exhibitions around the world while receiving many grants, awards and publications throughout her career.

The idea of ​​The Transparent Brick Wall is a separate initiated concept (artistic development work) that has emerged over a long period of time. The idea communicates far beyond the borders of Europe, to the United States, Oceania and Asia.

Constructions and geometric shapes composed of similar elements are something that is often repeated in her works, seeking to use light, shadow, perceptual shifts and optical means. Play and humor are important ingredients. Wants to surprise by using seemingly well-known techniques and materials in a field of tension between art, craft and architecture.

© 2021. All content on this blog is protected by international copyright laws All images are copyrighted © by Hilde A. Danielsen or assignee. Apart from fair dealing for the purpose of private study, research, criticism or review as permitted under the Copyright Act, the use of any image from this site is prohibited unless prior written permission is obtained. All images used for illustrative purposes only 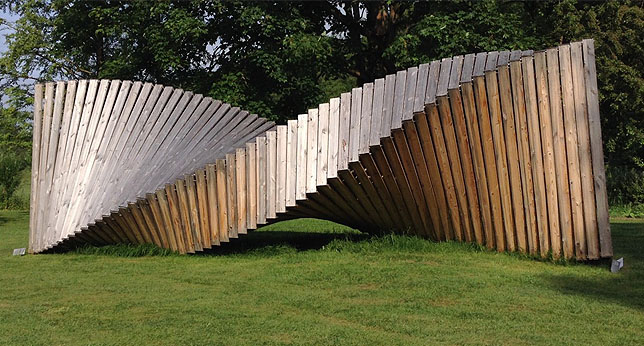 Email ThisBlogThis!Share to TwitterShare to FacebookShare to Pinterest
Labels: Hilde A. Danielsen

The Russian avant-garde film posters of the mid 1920s to early 1930s are unlike any film posters ever created. Although the period of artistic freedom in the Soviet Union was brief, these powerful, startling images remain among the most brilliant and imaginative posters ever conceived. The Russian film poster artists experimented with the same innovative cinematic techniques used in the films they were advertising, such as extreme closeups, unusual angles, and dramatic proportions. They montaged disparate elements, adding photography to lithography, and juxtaposed the action from one scene with a character from another. They colored human faces with vivid hues, elongated and distorted body shapes, gave animal bodies to humans, and turned film credits into an integral part of the design. There were no rules, except to follow one's imagination.

The 1917 Revolution changed life in Russia politically, socially, and artistically. Art became regarded as an important force in shaping the future of the new state. Slogans like "Art into Life" and "Art into Technology" expressed the popular belief that art had the power to transform lives on every level. It was a time of artistic experimentation, a kind of spontaneous combustion caused by the charged atmosphere and the radical changes in art and life. Diverse art styles, such as constructivism, realism, analytical art, and proletarian art developed simultaneously. Bold new directions in art, including Suprematism, Non-Objectivism, and Cubo-Futurism emerged in this fertile period of change.

The quality of the posters is remarkable considering the artists often had to rush to meet nearly impossible deadlines. Both Vladimir Stenberg and Mikhail Dlugach — two of the most famous Soviet poster artists — recalled that it was not unusual for them to see a film in the afternoon and be required to present the completed poster the very next morning. Furthermore, the equipment for printing the posters was falling apart and the technology was primitive. The only printing presses available pre-dated the 1917 Revolution. Vladimir Stenberg recalled that some of the presses were so shaky that practically everything was held together by string.

The artists often had to create the posters without ever having seen the film. Especially with foreign films, the artists often had to work from only a brief summary of the film, and publicity shots, or a press kit from Hollywood. When one considers that the poster artists assumed their work would be torn down and thrown away after a few weeks, it is astonishing that they continued to strive to maintain such a high standard. Clearly, these innovative flights of the imagination do not deserve to be consigned to oblivion.

In 1932, eight years after Lenin's death, Stalin decreed that the only officially sanctioned type of art would be socialist realism. Both the subject and the artistic method were required to depict a realistic (we might call it an idealistic) portrayal of Soviet life consistent with communist values. Stalin's decree marked the end of the period of avant-garde experimentation represented by the posters in this book. He may have closed the window of creativity, but not before it had illuminated history with some of the most brilliant posters ever created. The imagination, wit, and creativity exhibited in these film posters have yet to be rivaled — anywhere in the world.

© 2021. All content on this blog is protected by international copyright laws All images are copyrighted © by VisualDiplomacy or assignee. Apart from fair dealing for the purpose of private study, research, criticism or review as permitted under the Copyright Act, the use of any image from this site is prohibited unless prior written permission is obtained. All images used for illustrative purposes only 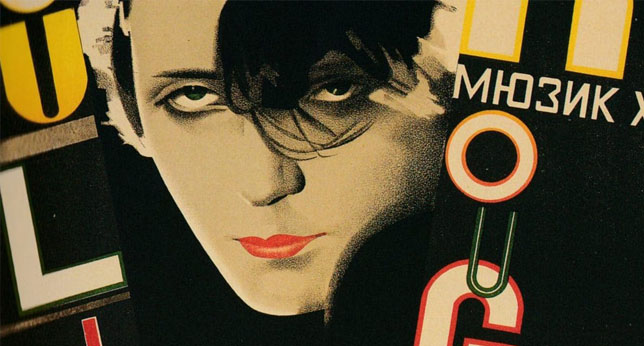