Artist of the day, January 31: Ellen von Unwerth, a German photographer and director. (#905)

Ellen von Unwerth (1954) is a German photographer and director. She worked as a fashion model for ten years before becoming a photographer, and now makes fashion, editorial, and advertising photographs.

In a 2018 interview with Harper's Bazaar, she explained her feminist approach to photography: "The women in my pictures are always strong, even if they are also sexy. My women always look self-assured. I try to make them look as beautiful as they can because every woman wants to feel beautiful, sexy and powerful. That's what I try to do."
Von Unwerth was born in Frankfurt, Germany. As an orphan, during her early childhood, she often ended up in Bavarian foster care systems. Eventually, von Unwerth was able to graduate high school in Munich, where she would work as a circus magician's assistant for three years. At the age of twenty, while walking down the street, von Unwerth was asked by a photographer if she ever thought about having a modeling career. von Unwerth decided to give modeling a chance and moved to Paris where she had a successful modeling career for ten years. However, von Unwerth felt that as a model, she did not have the freedom to decide where her or how the image would be used. Her boyfriend at the time gave her a camera, leading to an impromptu photoshoot in Africa by her of her model colleagues. When the photos were published, von Unwerth decided that this was the new path she would take in life, as the demand for her photography skills outgrew her demand as a model.

Von Unwerth's first notable work was when she first photographed Claudia Schiffer in 1989. Her work has been published in Vogue, Vanity Fair, Interview, The Face, Arena, Twill, L'Uomo Vogue, I-D, and Playboy, and she has published several books of photography.

Von Unwerth has directed short films for fashion designers, and music videos for several pop musicians. She has directed commercials and web films for Revlon, Clinique, L'Oreal and Equinox.

She shows women in enticing ways without objectifying them. In an interview with V Magazine, she said: "I never force women to do anything, but I give them roles to play so they are always active and empowered

© 2020. All content on this blog is protected by international copyright laws All images are copyrighted © by Ellen von Unwerth. Apart from fair dealing for the purpose of private study, research, criticism or review as permitted under the Copyright Act, the use of any image from this site is prohibited unless prior written permission is obtained. All images used for illustrative purposes only 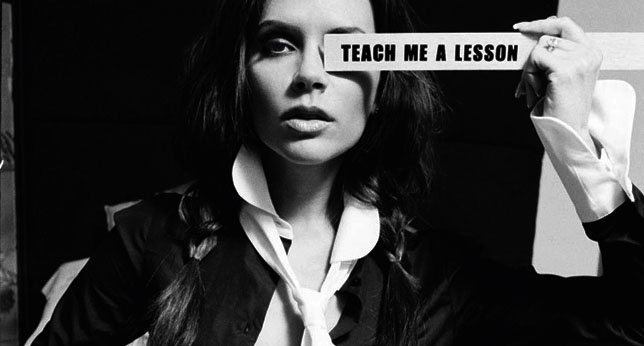 Daria Petrilli (1970) is an Italian surrealist illustrator and digital artist who proposes in his surrealist evocations, a tribute to nature with birds whose shapes and textures are constantly combined with feminine shapes.

It's easy to fall in love with young women Daria Petrilli. They are surreal, ethereal, inaccessible. They have hairstyles of the twentieth century and dresses from the past and dream, stretched out on petals welcoming flowers.

Avoiding confrontation, the characters often have their eyes closed or absent look and seem to beg complicity with the viewer. Like the cherubs of Raphael, they are familiar with docile birds tame and thus convey a sense of paramount concern with the nature that surrounds them.

Flamingos, parrots, blackbirds, flocks of geese, rigid kingfishers and other birds, even if they are not worthy of Paradise, they have at least a purgatory value and seem to be able to sublimate the works of the artist

© 2020. All content on this blog is protected by international copyright laws All images are copyrighted © by Daria Petrilli. Apart from fair dealing for the purpose of private study, research, criticism or review as permitted under the Copyright Act, the use of any image from this site is prohibited unless prior written permission is obtained. All images used for illustrative purposes only 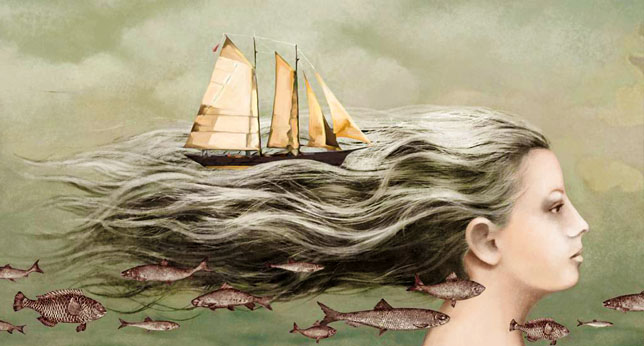