Eero Saarinen (1910 –1961) was a Finnish American architect and industrial designer noted for his neo-futuristic style. Saarinen is known for designing the Washington Dulles International Airport outside Washington, D.C., the TWA Flight Center in New York City, and the Gateway Arch in St. Louis, Missouri. He was the son of noted Finnish architect Eliel Saarinen.

Eero Saarinen was born to Finnish architect Eliel Saarinen and his second wife, Louise. They immigrated to the United States in 1923. He grew up in Bloomfield Hills, Michigan, where his father taught and was dean of the Cranbrook Academy of Art, and he took courses in sculpture and furniture design there. He had a close relationship with fellow students Charles and Ray Eames and became good friends with Florence Knoll.

Saarinen began studies in sculpture at the Académie de la Grande Chaumière in Paris, France, in September 1929. He then went on to study at the Yale School of Architecture, completing his studies in 1934. Subsequently, he toured Europe and North Africa for a year and returned for a year to his native Finland. In 1940 Saarinen became a naturalized citizen of the United States

After his tour of Europe and North Africa, Saarinen returned to Cranbrook to work for his father and teach at the academy. His father's firm was Saarinen, Swansen, and Associates, headed by Eliel Saarinen and Robert Swansen from the late 1930s until Eliel's death in 1950. The firm was located in Bloomfield Hills, Michigan, until 1961 when the practice was moved to Hamden, Connecticut.

Saarinen first received critical recognition while still working for his father, for a chair designed together with Charles Eames for the Organic Design in Home Furnishings competition in 1940, for which they received first prize. The Tulip chair, like all other Saarinen chairs, was taken into production by the Knoll furniture company, founded by Hans Knoll, who married Saarinen family friend Florence Knoll. Further attention came also while Saarinen was still working for his father when he took first prize in the 1948 competition for the design of the Gateway Arch National Park (then known as the Jefferson National Expansion Memorial) in St. Louis. The memorial wasn't completed until the 1960s. The competition award was mistakenly sent to his father because both he and his father had entered the competition separately. When the committee sent out the letter stating Saarinen had won the competition, it was mistakenly addressed to his father.

One of Saarinen's earliest works to receive international acclaim is the Crow Island School in Winnetka, Illinois (1940). The first major work by Saarinen, in collaboration with his father, was the General Motors Technical Center in Warren, Michigan, which follows the rationalist design Miesian style, incorporating steel and glass but with the addition of accent of panels in two shades of blue.

With the success of this project, Saarinen was then invited by other major American corporations such as John Deere, IBM, and CBS to design their new headquarters or other major corporate buildings. In the 1950s he began to receive more commissions from American universities for campus designs and individual buildings. These include the Noyes dormitory at Vassar, Hill College House at the University of Pennsylvania, as well as the Ingalls ice rink, Ezra Stiles & Morse Colleges at Yale University, the MIT Chapel and neighboring Kresge Auditorium at MIT and the University of Chicago Law School building and grounds.

Saarinen served on the jury for the Sydney Opera House commission in 1957 and was crucial in the selection of the now internationally known design by Jørn Utzon.

After his father's death in July 1950, Saarinen founded his own architect's office, Eero Saarinen and Associates. He was the principal partner from 1950 until his death in 1961. Under Eero Saarinen, the firm carried out many of its most important works, including the Bell Labs Holmdel Complex in Holmdel Township, New Jersey; Gateway Arch National Park (including the Gateway Arch) in St. Louis, Missouri; the Miller House in Columbus, Indiana; the TWA Flight Center at John F. Kennedy International Airport; the main terminal of Washington Dulles International Airport; and the new East Air Terminal of the old Athens airport in Greece, which opened in 1967. Many of these projects use catenary curves in their structural designs.

One of the best-known thin-shell concrete structures in America is the Kresge Auditorium (MIT), which was designed by Saarinen. Another thin-shell structure that he created is Yale's Ingalls Rink, which has suspension cables connected to a single concrete backbone and is nicknamed "the whale". Undoubtedly, his most famous work is the TWA Flight Center, which represents the culmination of his previous designs and demonstrates his neo-futuristic expressionism and the technical marvel in concrete shells. In 2019 the terminal was transformed into the TWA Hotel.

© 2020. All content on this blog is protected by international copyright laws All images are copyrighted © by Eero Saarinen or assignee. Apart from fair dealing for the purpose of private study, research, criticism or review as permitted under the Copyright Act, the use of any image from this site is prohibited unless prior written permission is obtained. All images used for illustrative purposes only 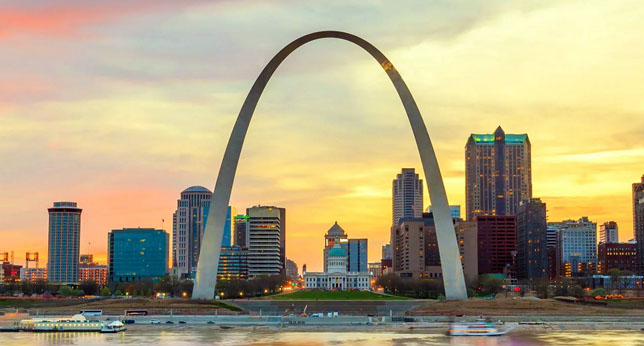 Agustín Cárdenas Alfonso (1927-2001) was a Cuban sculptor who was active in the Surrealist movement in Paris. His sculpture was influenced by Brâncuși, Henry Moore, and Jean Arp. Poet André Breton said of his artistic hand that it was "efficient as a dragonfly."

Cárdenas was a descendant of slaves from Senegal and the Congo, and was born in Matanzas, a major port in the sugar industry. In Cuba, Cárdenas studied under Juan José Sicre, and from 1943 to 1949 at Escuela Nacional de Bellas Artes “San Alejandro” in Havana. He was member of Asociación de Grabadores de Cuba (AGC) from 1951 to 1955, and of the creative group Los Once from 1953 to 1955. Cárdenas' work was exhibited several times in 1952 "Pintura Ávila Escultura Cárdenas" at Palacio de los Trabajadores in Havana, and in 1955 he exhibited a selection of his pieces in "Agustín Cárdenas: 20 esculturas" at the Museo Nacional de Bellas Artes de La Habana.

He settled in Paris in 1955 and in 1957 joined the Surrealist movement there. His work incorporated aspects of his African heritage and of Dogon totems.

In 1987, his work was in the Corea Gallery, Seoul, South Korea. In 1993, his work was exhibited in "Agustín Cárdenas" in the Museo Nacional de Bellas Artes de La Habana, and in 2002, Cárdenas's work was presented in "Desires and Grace" at the Haim Chanin Fine Arts Gallery in New York City.

His works can be found in many permanent collections around the world.

© 2020. All content on this blog is protected by international copyright laws All images are copyrighted © by Agustín Cárdenas or assignee. Apart from fair dealing for the purpose of private study, research, criticism or review as permitted under the Copyright Act, the use of any image from this site is prohibited unless prior written permission is obtained. All images used for illustrative purposes only 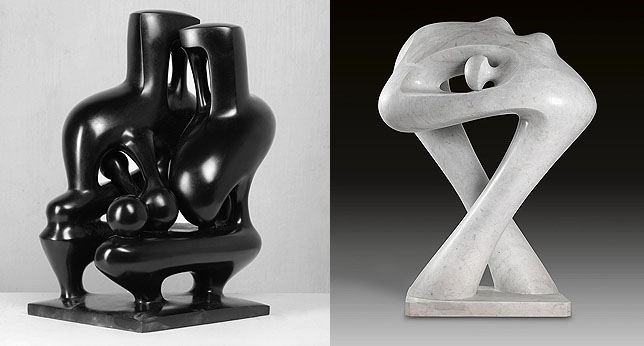