Frederick McCubbin (1855 –1917) was an Australian painter and prominent member of the Heidelberg School art movement, also known as Australian Impressionism.

McCubbin was educated at William Willmett's West Melbourne Common School and St Paul's School. He later worked for a time as solicitor's clerk, a coach painter and in his family's bakery business while studying art at the National Gallery of Victoria's School of Design, where he met Tom Roberts and studied under Eugene von Guerard. He also studied at the Victorian Academy of the Arts and exhibited there in 1876 and again from 1879 to 1882, selling his first painting in 1880. In this period, after the death of his father, he became responsible for running the family business.

By the early 1880s, McCubbin's work began to attract considerable attention and won a number of prizes from the National Gallery, including a first prize in 1883 in their annual student exhibition. By the mid-1880s he concentrated more on painting the Australian bush, the works for which he became notable.

In 1883, McCubbin received first prize in the first annual Gallery students' exhibition, for best studies in color and drawing. In 1888, he became instructor and master of the School of Design at the National Gallery. In this position he taught a number of students who themselves became prominent Australian artists.

McCubbin married Annie Moriarty in March 1889. They had seven children, of whom their son Louis McCubbin became an artist and director of the Art Gallery of South Australia 1936–1950. A grandson, Charles, also became an artist.

In 1901 McCubbin and his family moved to Mount Macedon, transporting a prefabricated English style home up onto the northern slopes of the mountain which they named Fontainebleau. It was in this beautiful setting, in 1904, that he painted The Pioneer, amongst many other works, and this is the only place that McCubbin ever painted fairies. The house survived the Ash Wednesday fires and stands today as a testament to the artist. It was at Macedon that he was inspired by the surrounding bush to experiment with the light and its effects on color in nature.

A knowledge of the techniques and materials used by Frederick McCubbin throughout his career, together with a careful examination of the artist’s paintings, reveals McCubbin’s late work to be as technically complex and fastidiously constructed as his early work. The apparent spontaneity of the paintings is misleading. Throughout his life, discussion of the craft of painting filled McCubbin’s letters and writings, which make only fleeting reference to the narrative element in his work. It is intriguing to note the number of commentators in the 1890s – and even the 1990s – who contrive plausible story-lines to accompany the paintings, while McCubbin’s own writings, and the works themselves, point strongly to an artist increasingly interested in the emotional resonance created by the painted surface itself.

© 2019. All content on this blog is protected by international copyright laws All images are copyrighted © by Estate of Frederick McCubbin or assignee. Apart from fair dealing for the purpose of private study, research, criticism or review as permitted under the Copyright Act, the use of any image from this site is prohibited unless prior written permission is obtained. All images used for illustrative purposes only 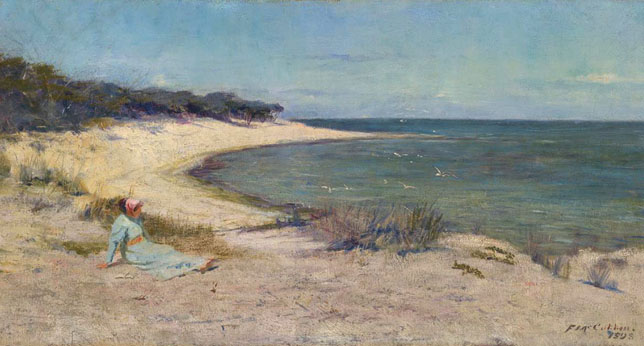 Artist of the day, September 28: Devajyoti Ray, an Indian painter and installation artist (#798)

Devajyoti Ray (1974) is an Indian painter and installation artist whose works attained significance in the post-liberalization phase of the Indian economy. His works have been exhibited internationally and have been acquired by many art academies. He is primarily known for his particular genre of work called Pseudorealism, which involves the use of offbeat colours and abstract shapes to arrive at an imagery which looks as comprehensible as real. Devajyoti Ray lives and works in Delhi, Mumbai, Bangalore and Kolkata.

Ray's works have been appreciated by the Indian Press and Art media very extensively and has been described variously as the most promising among the new generation of artists in India. The central feature of Ray's art is their apparent simlicity and easy comprehendibility. A travelling artist, Ray has learnt his craft from various associations, craftsmen, fine artists and practitioners. His style, a modernised version of these myriad Indian art forms thus emphasise the philosophy that art has to be comprehendible and close to the life of a common man. Yet one can also identify subtle commentary, satire and humor in his otherwise simplistic renditionsRay's subjects are all taken from the lives of regular men and women in India. Ray is widely popular among the art community and has himself written on Indian art, and other artists. The Pseudorealist Art form of Devajyoti Ray as been described in popular media as "Everything that is India, Everything that is 21st Century and Everything that is Art"

© 2019. All content on this blog is protected by international copyright laws All images are copyrighted © by Devajyoti Ray. Apart from fair dealing for the purpose of private study, research, criticism or review as permitted under the Copyright Act, the use of any image from this site is prohibited unless prior written permission is obtained. All images used for illustrative purposes only 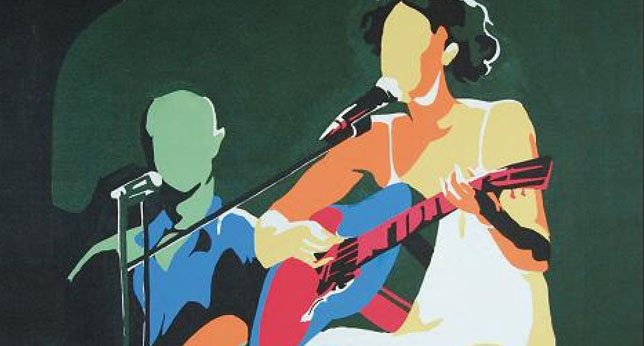 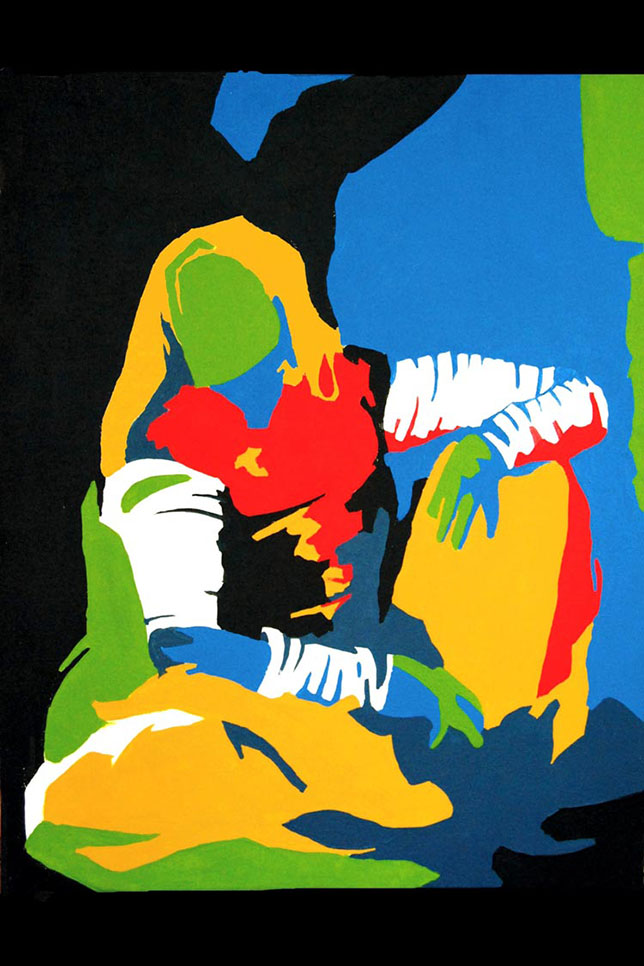 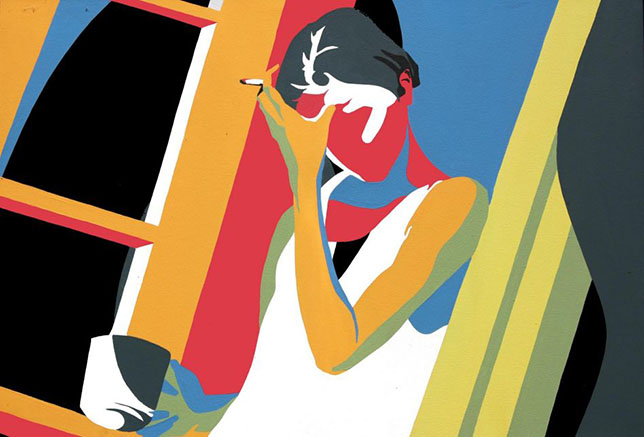 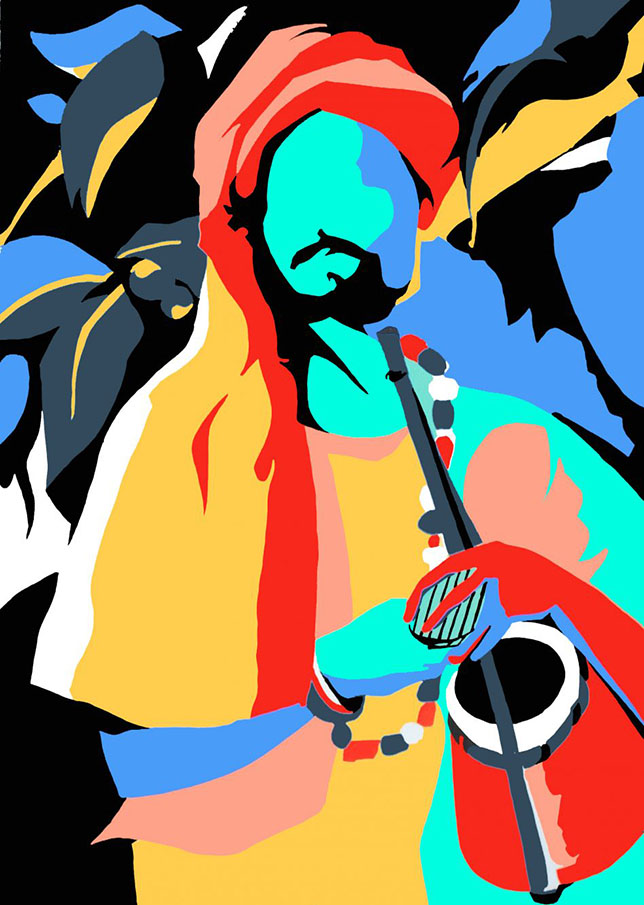 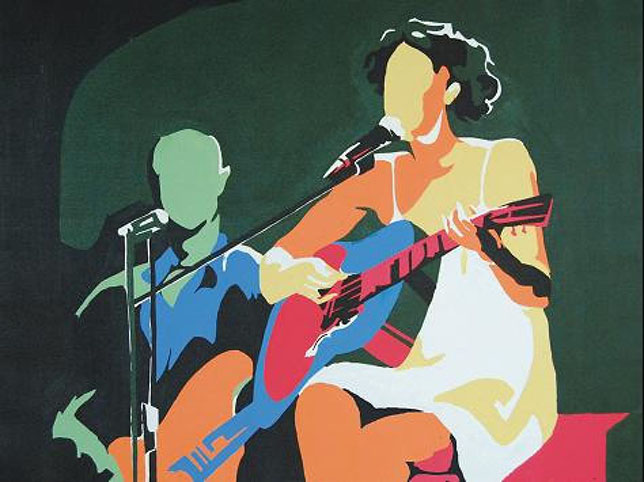 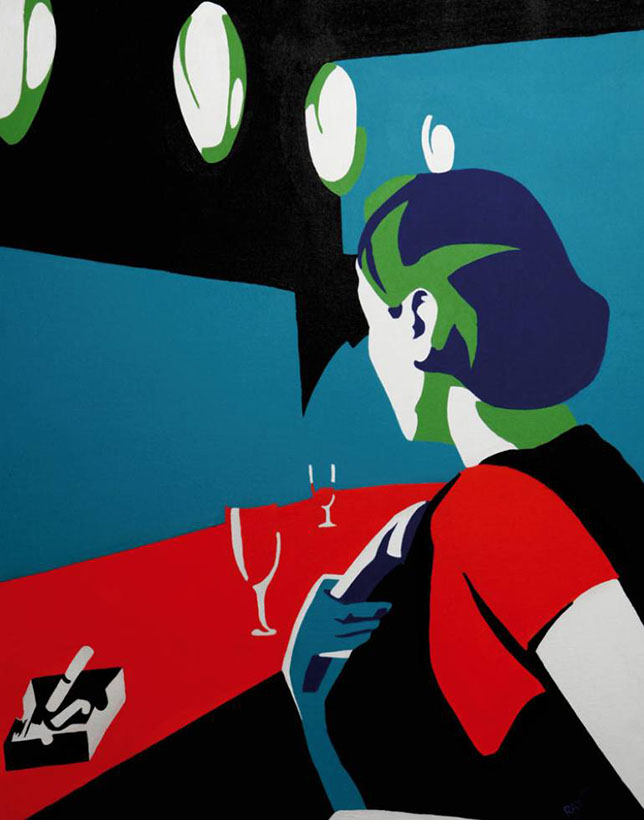 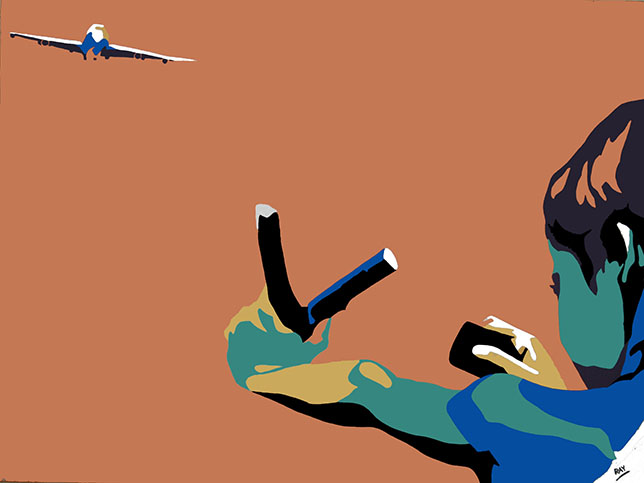 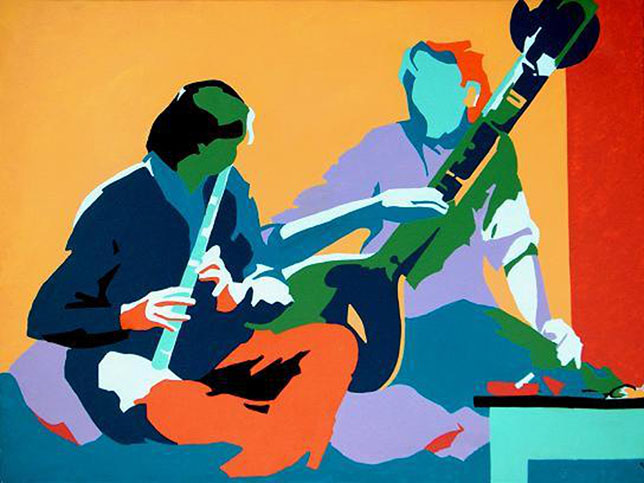