Women in the arts: Elisabetta Sirani (1638 –1665) was an Italian Baroque painter and printmaker who died in still unexplained circumstances at the early age of 27. She was the most famous woman artist in early modern Bologna and established an academy for other women artists.

According to written records, when she died at 27, she had already produced 200 paintings, drawings, and etchings. An independent painter by 19, Sirani ran her family’s workshop. When her father became incapacitated by gout, she supported her parents, three siblings, and herself entirely through her art.

Sirani spent her life in Bologna, a city famous for its progressive attitude toward women’s rights and for producing successful female artists. She became known for her ability to paint beautifully finished canvases so quickly that many visited her studio to watch her work. Her paintings were acquired by wealthy, noble, and even royal patrons, including the Grand Duke Cosimo III de Medici.

Sirani’s funeral was an elaborate affair involving formal orations, special poetry and music, and an enormous catafalque decorated with a life-size sculpture of the deceased. In addition to her substantial oeuvre, Sirani left an important legacy through her teaching.

By her 24 she was credited with over 90 artworks, and in just three years she would create more than 80 more. Painting was a gift that gave freely to the women of Bologna. Elisabetta’s commissions brought in more than enough money to support her entire family, and often she would paint with a wide gallery of onlookers, many head over heels in love with the attractive and focused young artist — Ragg saying “she has so much self-assurance, and so little self-consciousness, that their presence is no embarrassment to her. Her sweetness is not insipid. Her strength is free from self-assertion. She is comely and devoid of vanity, eminently attractive, and entirely virtuous.”

But in 1665, Elisabetta was first touched by the mysterious ailment that would take her life. A stomach pain that “went away of itself without the aid on any remedy”. It was the beginning of a quick change in the demeanor of the young woman, who lost weight, and suffered melancholy spells. Her pain became more frequent and intense, her fingers turned purple, and finally, she received sacraments from the local priest and died. After a post-mortem examination, the family physician Dr. Gallerati declared her death the result of “corrosive poison”.

Elisabetta’s death made her a martyr. The beautiful, focused and selfless painter had become a symbol of a progressive and healthy Bologna, a place where women were encouraged to grow creatively, and express themselves through art and music. 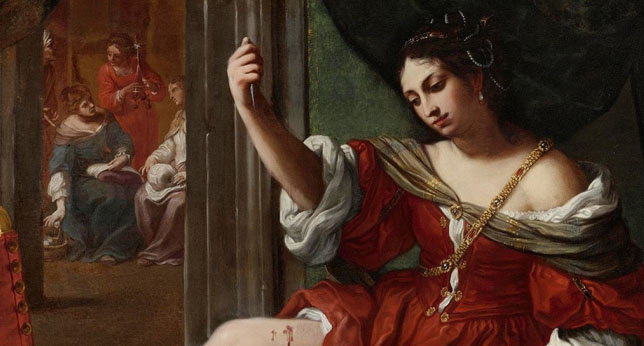