Moscow-based bakery Tortik Annushka continues to create avant-garde cakes inspired by fine art. Owners and siblings Madina Yavorskaya and Rustam Kungurov founded the pastry shop in 2009 as a way to merge their interests in fine arts and architecture with artisanal confectionaries. From geometric shapes to metallic embellishments, each of their fabulous cakes looks as though it belongs in a museum.

“Together we present not only beautiful but also delicious masterpieces,” Tortik Annushka says. Their team of trained pastry chefs uses high-quality natural ingredients to ensure that their delectable cakes continue to amaze once they've been cut apart. While some of their sumptuous creations resemble abstract architecture, others look like beaded sculptures or even modern paintings. Tortik Annushka uses a variety of tools and technologies to produce these amazing effects.

The prestigious pastry shop has also collaborated with other artists to make specialty cakes, like fashion label Oscar de la Renta. Additionally, Tortik Annushka offers periodic masterclasses and courses at their shop to teach students of all levels “the necessary skill set to successfully bake their own masterpieces.”

© 2020. All content on this blog is protected by international copyright laws All images are copyrighted © by Tortik Annushka Bakery. Apart from fair dealing for the purpose of private study, research, criticism or review as permitted under the Copyright Act, the use of any image from this site is prohibited unless prior written permission is obtained. All images used for illustrative purposes only 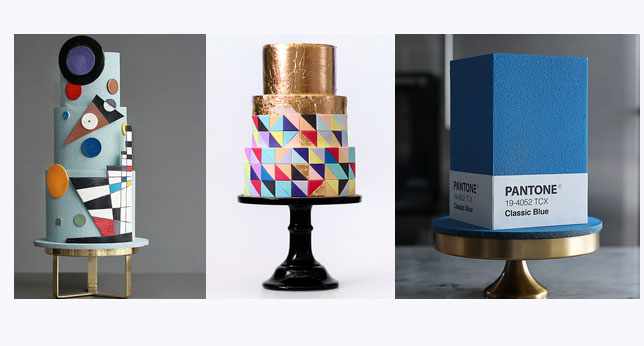 Marimekko is a Finnish home furnishings, textiles, and fashion company based in Helsinki. It made important contributions to fashion in the 1960s. It is particularly noted for its brightly colored printed fabrics and simple styles, used both in women's garments and in home furnishings.

Two designers in particular, Vuokko Nurmesniemi, with bold stripes, and Maija Isola, with large simple flowered prints such as the Unikko poppy, created hundreds of distinctive patterns and helped to make Marimekko a household name across the world.

The co-founder, Armi Ratia (1912–1979), considered Armi as the company's name, but it was already registered. Her middle name was Maria, shortened to Mari; her husband Viljo considered different names for women's clothing. In her home town of Koivisto, Armi heard people talking about dresses (Finnish: mekko), and so she came to the name Marimekko.

Marimekko was founded in 1951 by Viljo and Armi Ratia, after the Viljo's oil-cloth factory project failed and was converted to a garment plant. Armi asked some artist friends to apply their graphic designs to textiles. To show how the fabric could be used, the company then designed and sold a line of simple dresses using their fabric. When Finland's leading industrial designer Timo Sarpaneva invited the company to present a fashion show (albeit canceled at short notice) at the 1957 Triennale in Milan, this was an early recognition of fashion as an industrial art and of Marimekko's key role in the process. The garments were eventually showcased in the nearby Rinascente upscale department store by display manager Giorgio Armani.

By 1965, the company employed over 400 staff, and the company was in every aspect of fine design, from fabrics to toys and dinnerware. The firm even completely equipped small houses with furnishings. In 1985, the company was sold to Amer-yhtymä. In the early 1990s, Marimekko was in a bad financial condition and close to bankruptcy. It was bought from Amer by Kirsti Paakkanen, who introduced new business methods in the company and helped to revive its popularity.

Later in the 1990s Marimekko achieved publicity in the hit TV series Sex and the City. The fictional main character of the series, sex-and-relationship columnist Carrie Bradshaw, wore a Marimekko bikini on season 2 and then a Marimekko dress. In season 5 the series introduced tablecloths with Marimekko prints.

In 2005, Marimekko's revenue had quadrupled since Paakkanen's purchase, and its net income had grown 200-fold. Paakkanen remained CEO of Marimekko and owned 20% of the company via her business Workidea. In 2007, Paakkanen announced she would gradually hand over her ownership to Mika Ihamuotila as CEO and biggest owner of the company. By 2011 there were 84 stores across the world. Marimekko products are (2017) made in China, India, Thailand and other countries. Fabrics are still printed in Marimekko's textile factory in Finland.

The logo of Marimekko has been in use since 1954. Armi Ratia wanted the logo to be simple and timeless. Graphic designer Helge Mether-Borgström used modified versions of classic Olivetti typewriter letters to create the logo.

© 2020. All content on this blog is protected by international copyright laws All images are copyrighted © by Marimekko. Apart from fair dealing for the purpose of private study, research, criticism or review as permitted under the Copyright Act, the use of any image from this site is prohibited unless prior written permission is obtained. All images used for illustrative purposes only