Hannah Höch (1889 – 1978) was a German Dada artist. She is best known for her work of the Weimar period, when she was one of the originators of photomontage. Photomontage, or fotomontage, is a type of collage in which the pasted items are actual photographs, or photographic reproductions pulled from the press and other widely produced media.

Höch's work was intended to dismantle the fable and dichotomy that existed in the concept of the "New Woman": an energetic, professional, and androgynous woman, who is ready to take her place as man's equal. Her interest in the topic was in how the dichotomy was structured, as well as in who structures social roles.

Other key themes in Höch's works were androgyny, political discourse, and shifting gender roles. These themes all interacted to create a feminist discourse surrounding Höch's works, which encouraged the liberation and agency of women in Weimar Germany and today.

She was the most important female artist of the Modernist period in Germany. Her work centres around the dadaistic principle of photomontage which she developed, in the early years of the 20th century. Without subscribing to a canon of form as a fixed program, she opened up new and unnerving worlds of images through the manifold combination of contradictory sequences, formed of cutouts from magazines, brochures and photographs. Her criticism of the political situation and gender roles is subtly cloaked in hallucinatory plant representations and grotesque scenes of absurd hybrid beings.

She studied at the College of Arts and Crafts in Berlin from 1912 to 1914. 1914 was the start of World War 1 and so she left to join the Red Cross but returned to her studies in 1915. Höch made many influential friends over the years, including Raoul Hausmann who (along with Höch), became one of the first pioneers of the photomontage art form. Höch was also in a relationship with Hausmann for some time and often expressed her relationships in her art. Her relationship with him caused both artists to work more thoroughly with collage. Höch was known as the references the hypocrisy of the Berlin Dada group and German society as a whole. 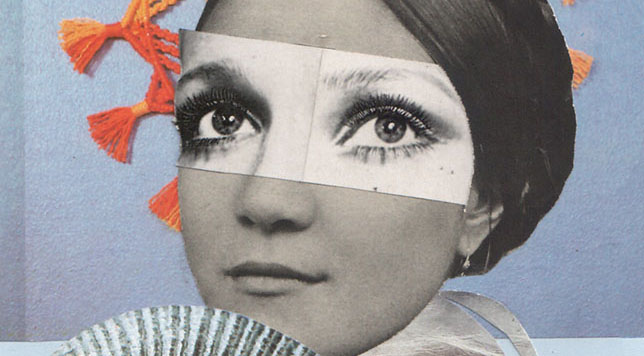