Maringka Baker (1952) is an Aboriginal artist from central Australia.  Her mother and father died when she was a young girl. She went to primary school on the mission at Warburton, but ran away to join relatives in Ernabella. She later moved to Kaltjiti, where she finished high school and got a job as a teacher.

She paints sacred stories from her family's Dreaming (spirituality). As well as the important cultural meanings they carry, her paintings are known for being rich in colour and contrast. She often paints the desert landscape in bright green colours, and contrasts it against reds and ochres to depict landforms. She also uses layers of contrasting colours to show the detail of the desert in full bloom.

Maringka began painting in 2004. She paints for Tjungu Palya, a community arts centre based in nearby Nyapaṟi. She has become one of the centre's most well-known painters. Since 2005, Maringka's work has been exhibited in many cities around Australia, including Adelaide, Alice Springs, Broome, Canberra, Melbourne, Perth and Sydney. Overseas, her work has been shown in exhibitions in Singapore, Seattle and London. Her work is held in the National Gallery of Australia, the Art Gallery of South Australia, the Australian National University, and the National Gallery of Victoria.

In 2007, Maringka was one of thirty artists featured in the first National Indigenous Art Triennial exhibition Culture Warriors. It showed four of her paintings. The last of these, Kuru Ala, is a depiction of a sacred women's site near Tjuntjuntjara that is associated with the creation story of the Seven Sisters (called Kungkarrakalpa in Pitjantjatjara). It was chosen as a finalist for the National Aboriginal and Torres Strait Islander Art Award in 2009, and is displayed in the National Gallery in Canberra.

© 2019. All content on this blog is protected by international copyright laws All images are copyrighted © by Maringka Baker. Apart from fair dealing for the purpose of private study, research, criticism or review as permitted under the Copyright Act, the use of any image from this site is prohibited unless prior written permission is obtained. All images used for illustrative purposes only 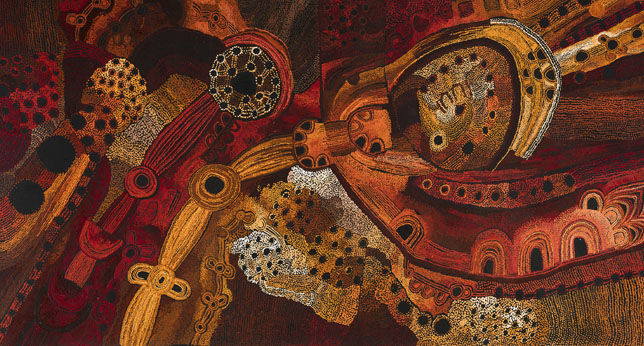 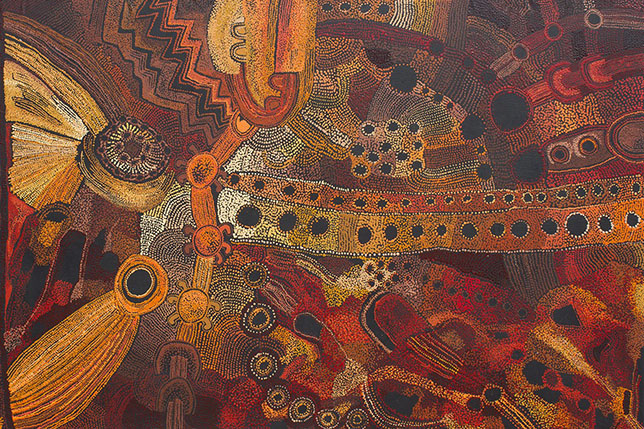 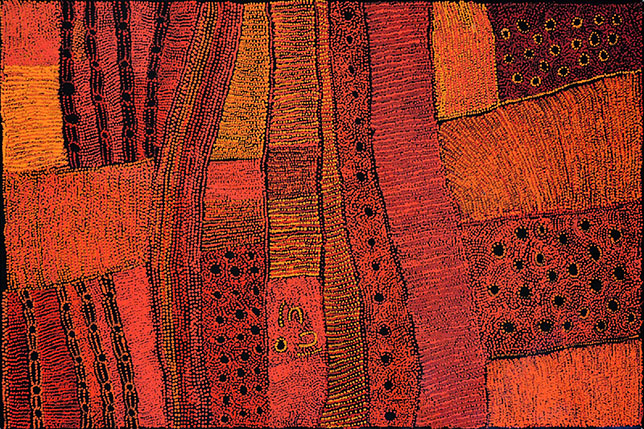 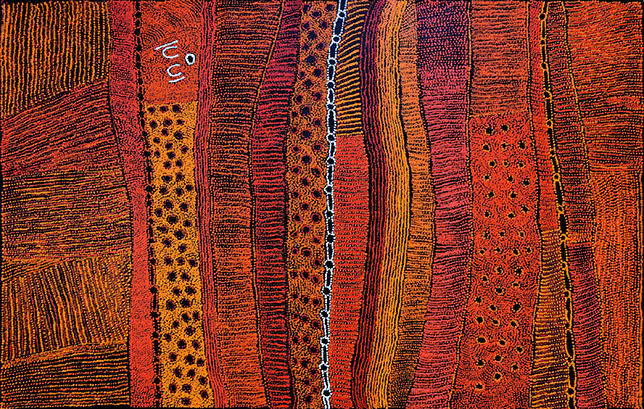 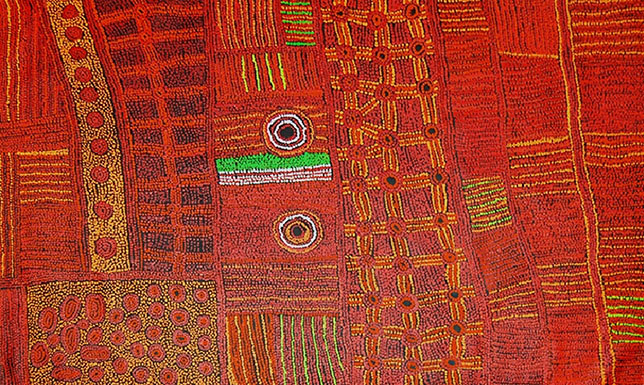 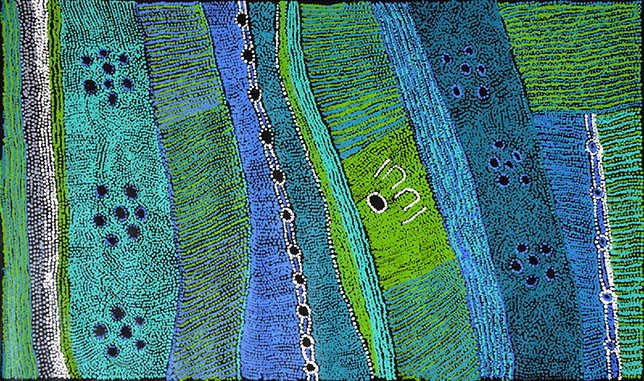 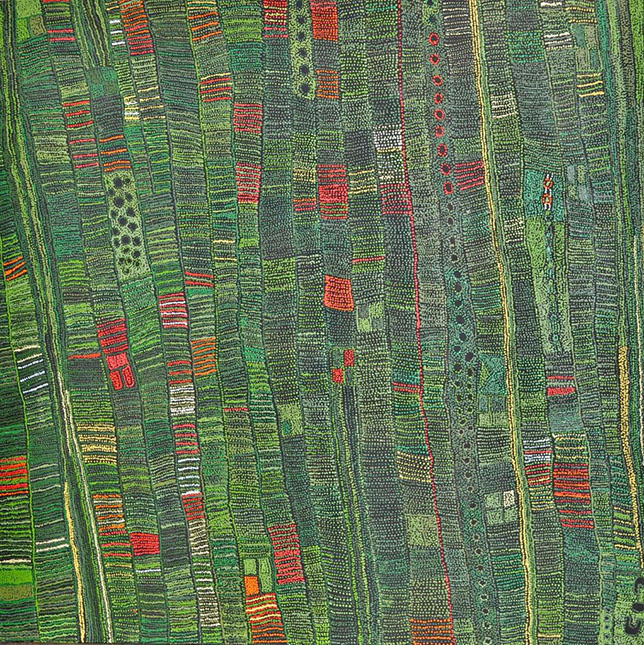 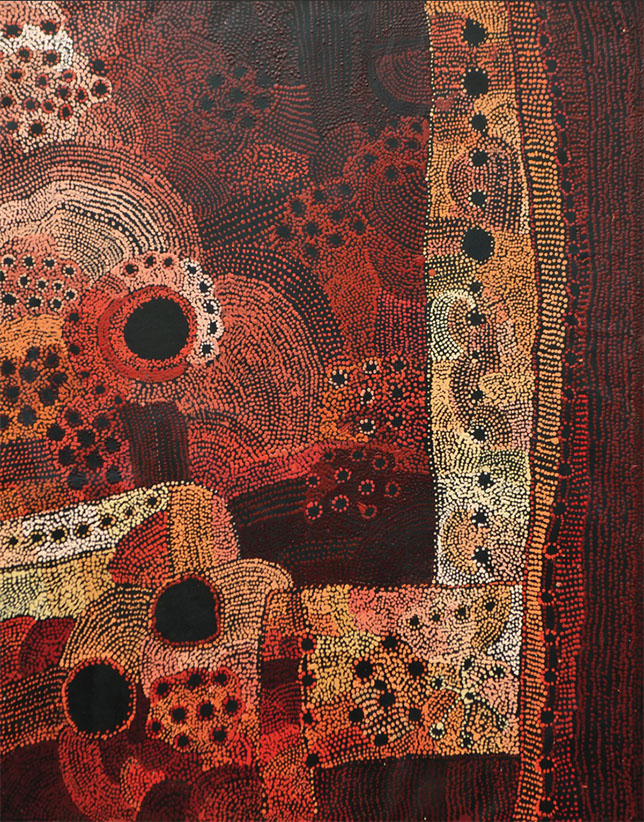 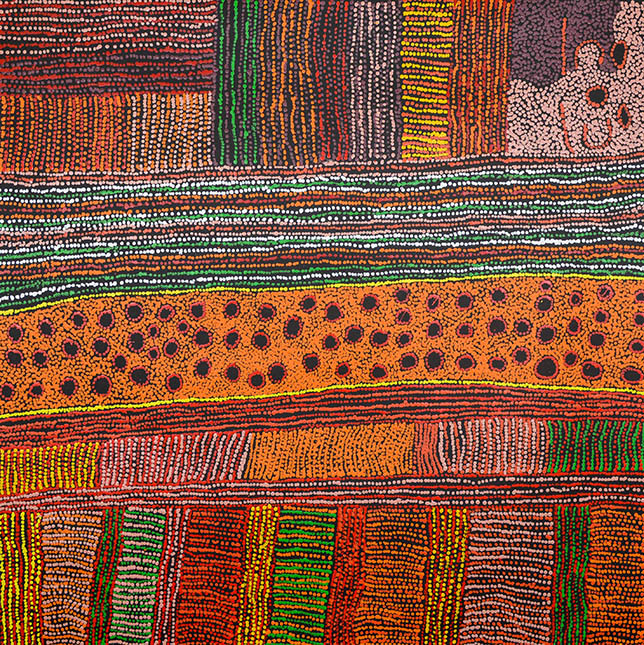 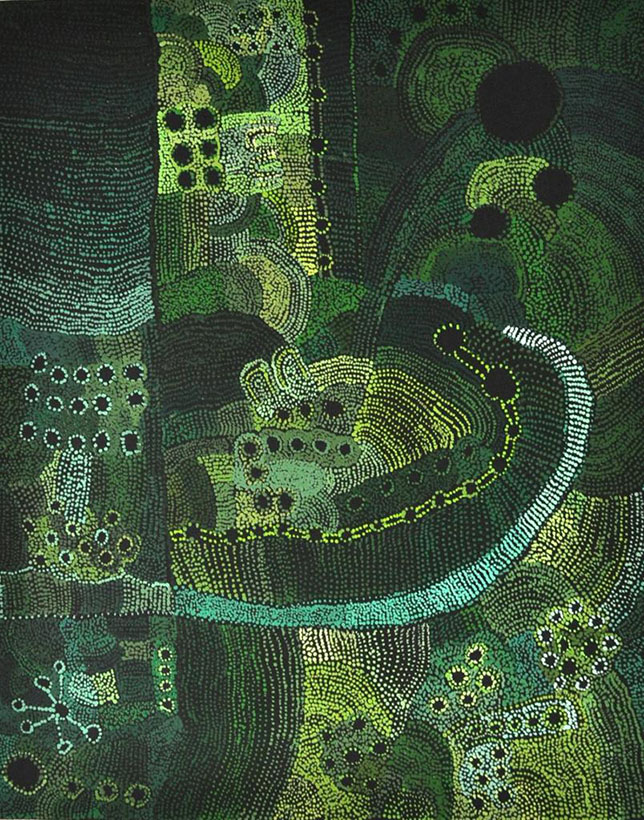 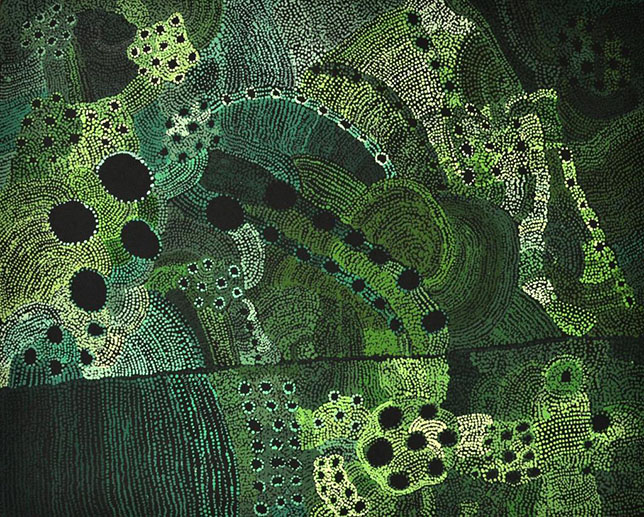 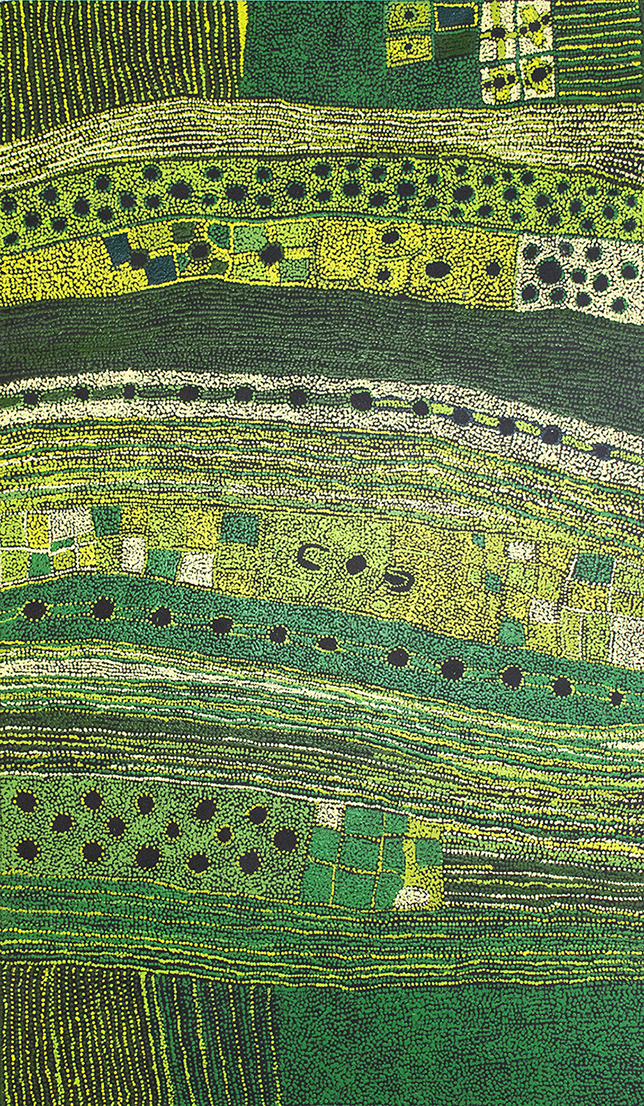 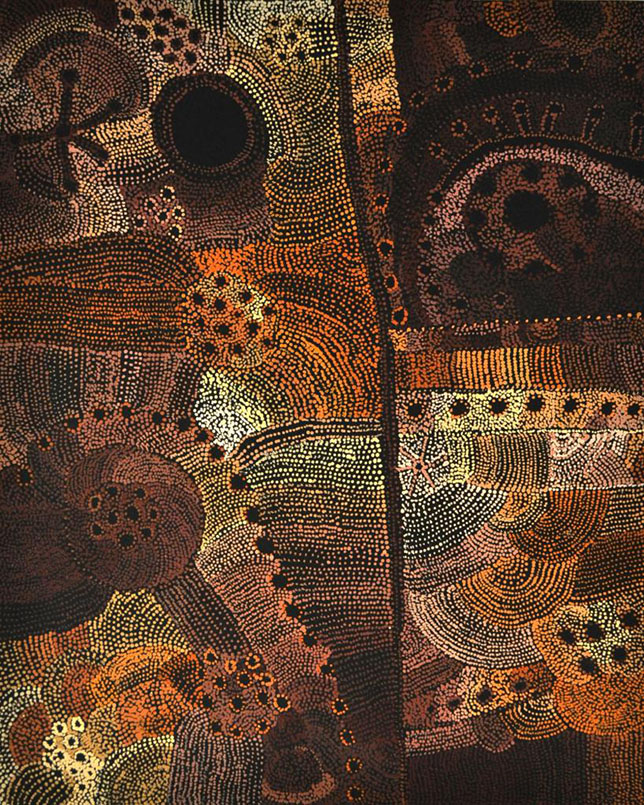