Shōmei Tōmatsu (東松 照明), (1930 – 2012) was perhaps the most influential Japanese photographer of the post-war era.  His raw, grainy and impressionistic style signalled a dramatic break with the quiet formalism that had defined earlier photography.  Influencing the anti-establishment Provoke photography movement in Japan in the late 1960s, he is hailed as the stylistic mentor of artists such as Daido Moriyama, Nobuyoshi Araki and Takuma Nakihara.

Born in the age of Japan's turbulent, self-questioning postwar years, Tomatsu began his career as a traditional photojournalist, but found himself drawn intuitively to the everyday.  As curator and critic John Szarkowski put it, he was intent on "the rediscovery and restatement, in contemporary terms, of a specific Japanese sensibility."

Few photographers have looked so closely and penetratingly beneath the skin of a nation as Tomatsu did when he turned his camera on his homeland.  The results remain by turns startling, disturbing and complex, imbued with all the contradictions he felt about Japan, photography and himself.

Tomatsu's best-known photograph, Melted Bottle, Nagasaki, 1961, depicts a relic from the atomic bomb of 1945 in which the object has been mutated by the intense heat of the blast to resemble a grotesquely skinned animal, surreal and unsettling in its poetic poignancy.  The photograph is emblematic of his work as a whole in which he transformed the very idea of photography in Japan, pioneering extreme subjectivity and a visceral approach that elevated the grainy, the broken and the blurred above the formally beautiful.

Born in Nagoya in 1930, Tōmatsu studied economics at Aichi University, graduating in 1954. While still a student, he had his photographs published by the major Japanese photography magazines. He entered Iwanami and worked on the series Iwanami Shashin Bunko. Two years later, he left in order to freelance.

© 2018. All images are copyrighted © by Shōmei Tōmatsu or assignee. The use of any image from this site is prohibited unless prior written permission is obtained. 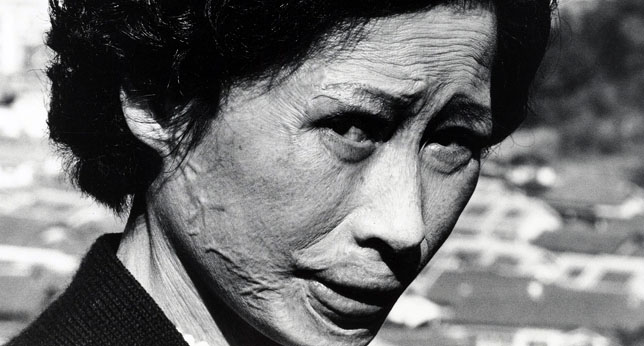