Mark Titchner (1973) is an English artist, and 2006 nominee for the Turner Prize. He graduated from Central Saint Martins College of Art and Design, London, in 1995. He was nominated for the Turner Prize for a solo show at the Arnolfini, Bristol, in which he displayed the sculptural installation "How To Change Behaviour (Tiny Masters Of The World Come Out)". The Tate Gallery described his work in the following manner:

... hybrid installations furthered his exploration into systems of belief. Working across a wide range of media, including light boxes and extraordinary hand-carved contraptions, his work continues to interweave a vast array of references from heavy metal lyrics to philosophy.

In 2007 he was included in the 52nd Venice Biennale exhibiting in Ukraine's Pavilion, A Poem about an Inland Sea. A solo exhibition Run, Black River, Run followed at BALTIC, Gateshead early in 2008. In 2003, he had a solo show Be Angry but Don't Stop Breathing as part of the Art Now series at Tate Britain.

In 2011, he had a solo show "Be True to Your Oblivion" at The New Art Gallery Walsall. This exhibition formed part of Capsule's Home of Metal project, a huge cultural project to establish Birmingham and the Black Country as the home of heavy metal. He was the Art Gallery of Ontario's Artist-in-Residence from September to October 2012.

His work is held in the permanent collections of the South London Gallery, the United Kingdom Government Art Collection and the Tate Gallery

© 2018. All images are copyrighted © by Mark Titchner. The use of any image from this site is prohibited unless prior written permission is obtained. 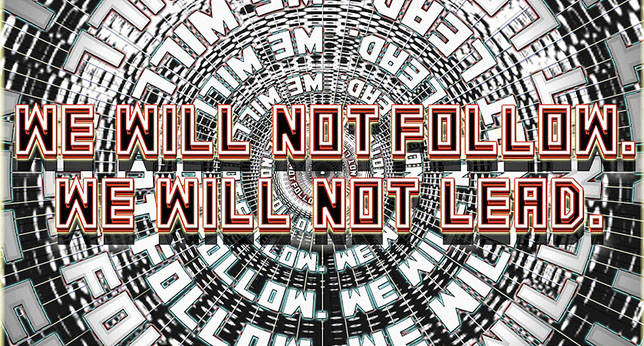