Neville Brody, born in Southgate, London, is an alumnus of the London College of Communication and Hornsey College of Art, and is known for his work on The Face magazine (1981–1986), Arena magazine (1987–1990), as well as for designing record covers for artists such as Cabaret Voltaire, The Bongos, and Depeche Mode.

Neville Brody received his early education from Minchenden Grammar school focusing on A-Level Art. After graduation he attended Hornsey College of Art in 1975, to study Fine Art foundation course. A year later he enrolled himself at the London College of Printing for a three-year Bachelor of Arts degree in graphics. His designs were often condemned by his teachers for having ‘uncommercial’ quality to them. Late 1970s is marked as the era of punk rock, thus the trend highly influenced Brody’s work and motivation. However, his experimentation with punk rock was not met with encouraging remarks by his tutors. One of his queer postage stamp design that featured Queen’s head sideways, almost had him expelled from the college. Despite the threat of being expelled he continued to explore the new boundaries in graphic design. Therefore, his first-year thesis focused on the subject of comparison between Dadaism and pop art.

During his college days he did a stint as a poster designer for student concerts, as well. Brody began his career as a record cover designer. However, his true success came from his distinguished work as an Art Director for The Face magazine. Henceforth, he gave direction to several international magazines and newspapers such as Arena, Lei, City Limits and Per Lui. He also redesigned the two leading English newspapers and magazines, The Guardian and The Observer, showcasing a radical look. Furthermore, his achievements include his input into visual communication that revolutionized the media. His experimental and challenging artwork gave new meaning to visual language.

In 1994, Brody established his own design practice, Research Studios, in London in partnership with Fwa Richards. The success of his first studio led to the establishment of mutiple branches across Europe, such as in Paris, Barcelona and Berlin. The studio takes pride in creating unique visual languages for industries ranging from publishing to films. Other projects handled by the studio include innovative packaging, website design, on-screen graphics and corporate identity. Some of these clients include Kenzo, Homechoice and Paramount Studios. In recent years the firm has redesigned The Times (2006) and the BBC (2011).

Furthermore, Brody is one of the founding members of Fontworks and the leading website the FontShop. He designed numerous notable typefaces for the website. A well-known FUSE project was also the result of his initiation which featured the fusion of a magazine, typeface and graphics design. Besides, he co-founded a typeface library, the FontFont, with Erik Spiekermann, in 1990. Currently, he is appointed at the Royal College of Art as the Head of the Communication Art & Design department.

© 2018. All images are copyrighted © by Neville Brody. The use of any image from this site is prohibited unless prior written permission is obtained. 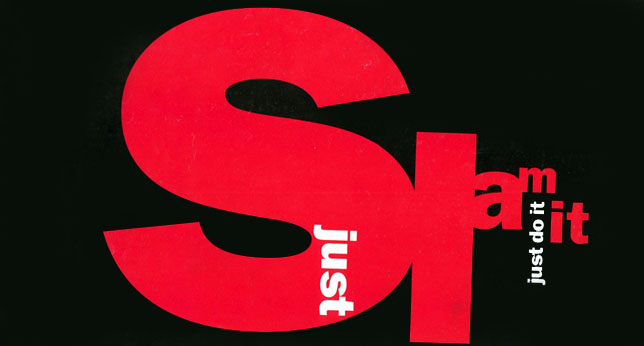